Service changes will take effect starting on Monday, June 22. A reduced schedule will remain in place due to the current COVID-19 pandemic and to the drop in ridership. However, adjustments will be made to accommodate the gradual reopening.

Due to the coronavirus pandemic and the closure of several facilities, a reduced schedule will take effect starting March 30. Our teams are doing their best, given the rapidly evolving situation, to maintain service throughout the Agglomération. Schedules are available on our website and mobile site, and on the Chrono app.

In addition to the changes made on March 30, we will be adjusting our service in the coming days as the situation and needs evolve. We will also be increasing our service, where necessary, to respect physical distancing rules.

Effective March 25, line 55 buses will take the Samuel De Champlain Bridge in the afternoon to get to the South Shore. This is expected to delay the trip by a few minutes.

Starting January 13, line T-21 will take a detour from its normal route. This will have no impact on the regular service.

Schedule changes on the following lines for the summer:

Changes will take effect on the following lines:

Due to the construction of the REM, the Chevrier tunnel will be permanently closed to traffic starting April 25, 2019, resulting in several route changes.

Longueuil, July 27, 2020 – The RTL wishes to inform users that, starting August 1, 2020, operations on its buses will return to normal, with users once again boarding through the front door and transit passes being validated.

Know more
MANDATORY MASK USE: STRONG COMPLIANCE FROM THE START

Longueuil, July 22, 2020 – The Réseau de transport de Longueuil (RTL) wishes to thank its users for their exceptional cooperation in wearing masks in its buses and terminals.

Longueuil, July 8, 2020 – At the request of the Autorité régionale de transport métropolitain (ARTM) and due to the situation in recent months that has led to significant shortfalls for transit corporations, the Board of Directors of the Réseau de transport de Longueuil (RTL) approved a plan to optimize its resources at its last meeting on July 2.

Longueuil, June 16, 2020 - The Réseau de transport de Longueuil (RTL) wishes to remind users that special schedules for the Fête nationale du Québec and Canada Day will be in effect on Wednesday, June 24 and Wednesday, July 1. These modified schedules will apply to all RTL services.

Know more
MOBILITY CORRIDORS IN LONGUEUIL: CHANGES ON SOME LINES

Longueuil, June 16, 2020 – The Réseau de transport de Longueuil (RTL) wishes to inform users that the temporary presence of active mobility corridors on certain streets in Longueuil, starting this week and until early September 2020, will result in detours and in bus stops being moved on its regular and paratransit networks.

Longueuil, June 4, 2020 – Following the gradual return to normal operations announced by the Québec government, the Réseau de transport de Longueuil (RTL) has adopted a series of measures in anticipation of welcoming back paratransit users who have not used the service since the start of the pandemic.

Longueuil, June 3, 2020 – Due to the work required to complete the Réseau express métropolitain (REM), the Panama terminal will be temporarily relocated. The Réseau de transport de Longueuil (RTL) therefore wishes to inform users of the upcoming relocation of its bus platforms.

Longueuil, May 22, 2020 – The Réseau de transport de Longueuil (RTL) has announced that it will begin distributing face coverings to its users. This will be done in three phases and at different locations within the Agglomération in order to reach as many users as possible. 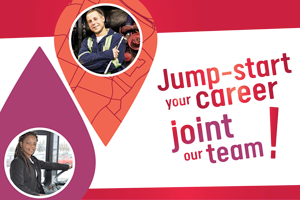 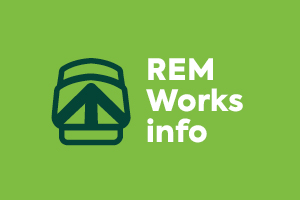