The RTL, Saint-Bruno-de-Montarville, and Ski Saint-Bruno have launched the SkiBus line, which will serve the ski resort between January 7 and March 5, 2017, inclusively. This line, specially designed to allow skiers to travel to and from the ski resort with ease, will operate completely free of charge every Saturday and Sunday between 8 a.m. and 5 p.m.

The shuttle, which will be identified with a SkiBus sign, will pick up passengers from lines 8, 60, and 99 at Promenades Saint-Bruno before heading to the ski resort. The new line will also improve weekend service in downtown Saint-Bruno-de-Montarville, making stops on boulevard Seigneurial and rue Montarville.

“We are very pleased to offer this service to the residents of the Agglomération de Longueuil; in fact, it’s exactly what they asked for! This is a concrete action guided by our desire to improve the number and variety of our services,” stated RTL Chairman Colette Éthier.

“We’re very proud to say that the largest ski school in Canada is located right here in our city. So, it’s crucial that we make it easier to get to. I’m very proud to inaugurate this new shuttle, which I hope will allow even more skiers in Saint-Bruno-de-Montarville to practise their favourite sport,” stated Martin Murray, mayor of Saint-Bruno.

For more information about the shuttle’s schedules and routes, visit www.rtl-longueuil.qc.ca/skibus.

The Réseau de transport de Longueuil (RTL) is the main transit provider for individuals within the five cities that comprise the Agglomération de Longueuil. The third-largest public transit organization in Québec, the RTL operates a network of 793 kilometers. With some 1,100 employees, the RTL is a major employer that contributes to the economic vitality of the region.

Saint-Bruno-de-Montarville enjoys a prime location on the South Shore of Montréal, at the foot of Mont Saint-Bruno, and in the northeast corner of the intersection of Autoroute A-30 and Route 116, making it easy to access. It has a population of nearly 27,000 people. 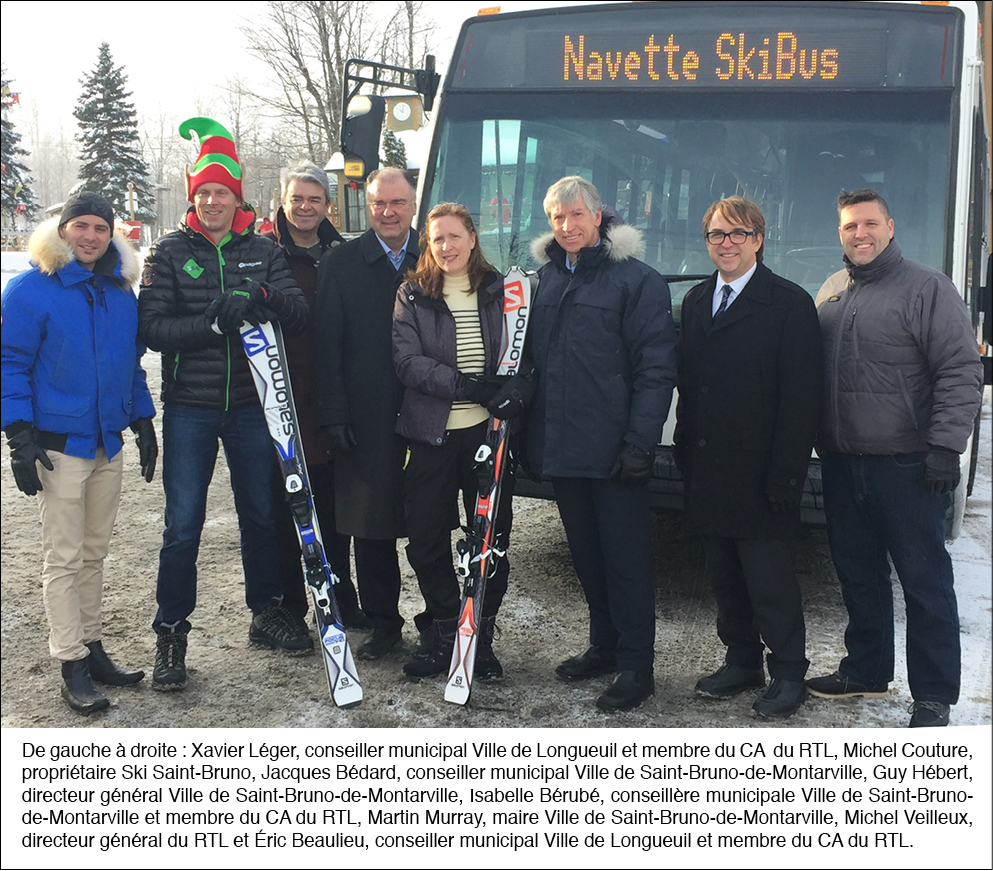