A successful summer for the RTL!

Longueuil, September 7, 2017 – With school back in full swing, it’s time once again for the Réseau de transport de Longueuil (RTL) to take stock of the summer that has just come to a close, which was excellent all around.

“What a great summer we had! The RTL is very pleased to be such an integral part of the community and to be associated with events that the citizens of the Agglomération de Longueuil really enjoy. Whether we’re forming new partnerships or offering free shuttle services, providing innovative services adapted to the specific needs of the population is central to our mission. The many free services we offered this year is our way of showing how much we care about always providing more alternative transit solutions during the major events that take place in our city,” declared Colette Éthier, Chairman of the RTL Board of Directors.

In fact, the RTL was more visible than ever at many of the events held all over the Agglomération de Longueuil, offering free shuttles during the Fête nationale du Québec in Saint-Hubert, the Sommet des Arts et de la Musique de Longueuil, the La Grande Gourmandise festival and the Rendez-vous de la Mairie in Boucherville, the L’OSM à Brossard event, and the Saint-Lambert en fête festival, among others.

The Bus des îles, the free shuttle that, until last weekend, transported passengers to the Longueuil municipal beach and the Parc National des Îles-de-Boucherville, was also a tremendous success. In total, the shuttle made nearly 4,300 trips on the weekends between July 22 and September 4. Many residents of the Agglomération de Longueuil, including several families, took advantage of the quick and easy access to these popular destinations all summer long.

The RTL is proud to have recently played a role in the success of Boucherville’s 350th anniversary celebrations, in particular through the participation of many of its employees, who helped organize an exhibition and a parade of antique and modern buses to showcase the importance of public transit in Boucherville’s long history.

Teamwork The RTL would also like to commend the work of all its employees who helped to make this summer a success.

“Without the dedication of all our teams, we wouldn’t be here today. From the drivers to the maintenance workers, to the supervisors, administrative staff, and management team, everyone can be very proud of the work we accomplished this summer—proof that when we work together, anything is possible. Congratulations, everyone, and keep up the good work!” added Michel Veilleux, Executive Director of the RTL.

Fall, which is just around the corner, also promises to be a success, with many projects already under way.

In addition to the recent launch of the Chrono app, which will soon give transit riders the possibility of tracking buses on the RTL network in real time, the RTL also plans to purchase new, air-conditioned hybrid buses and small electric buses, further reducing its environmental footprint.

Several other projects will also be introduced this fall intended to increase access to the network and improvement the RTL’s infrastructure. These investments were made possible by a substantial financial contribution of more than $62 million announced by the federal and provincial governments in July. 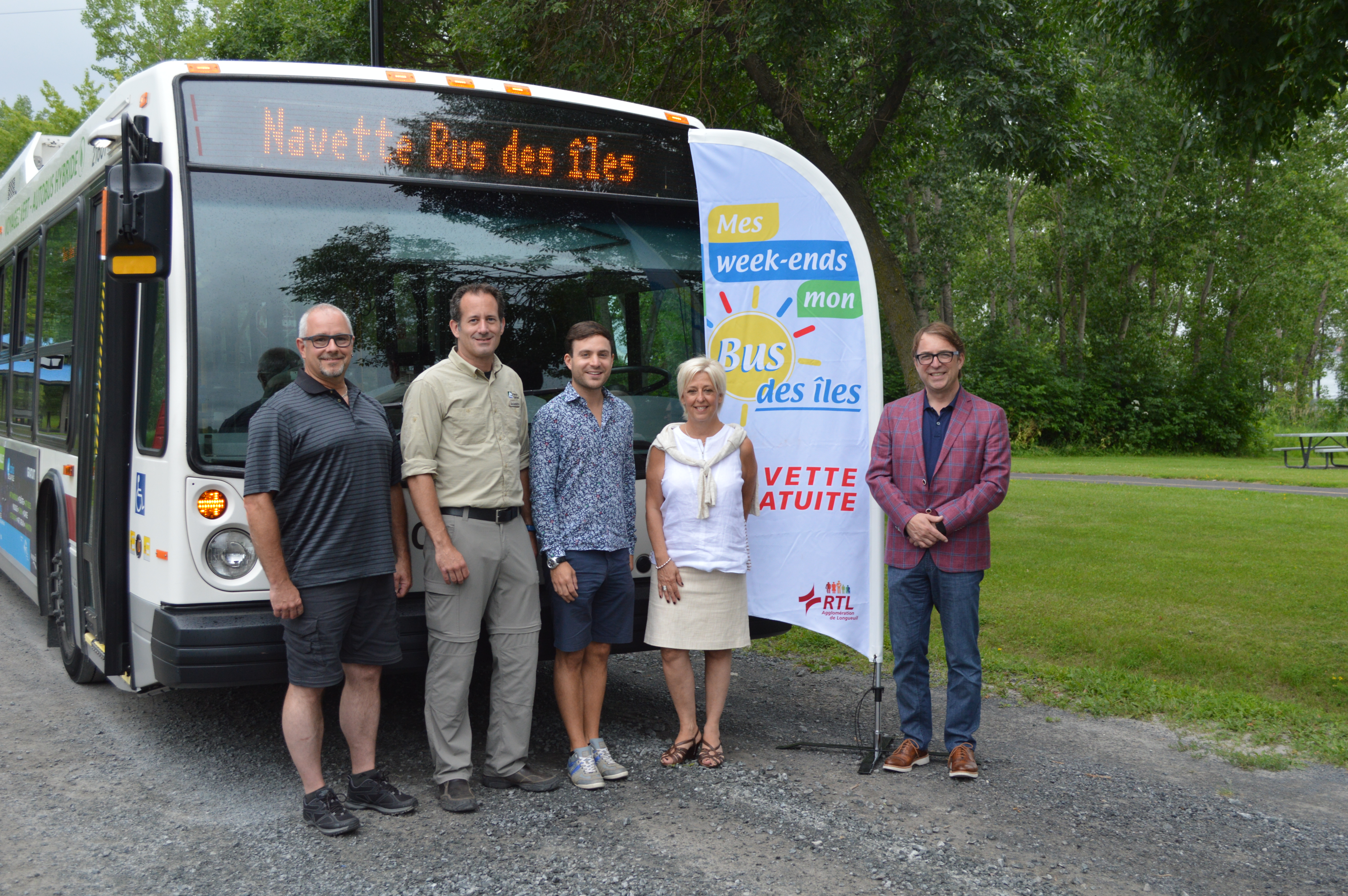