Longueuil, November 15, 2017 – The Réseau de transport de Longueuil (RTL) is proud to support the 11th annual Operation Red Nose Longueuil/Rive-Sud campaign. To mark the occasion, on the evening of December 8, RTL representatives, along with the mascot, will tour the South Shore, making stops at several locations. The purpose of the tour is to encourage responsible behaviour and getting home safely by using Operation Red Nose’s ride home service
or public

“Road safety is a top priority for the Réseau de transport de Longueuil, which is why we’re very proud to contribute to the Operation Red Nose campaign by providing an RTL bus for volunteers to use. Watch for the mascot and volunteers on December 8. The RTL bus might just swing by a bar in the Agglomération de Longueuil to talk to patrons about the importance of getting home safely,” said Colette Éthier, Chairman of the RTL Board of Directors.

The RTL will also support the campaign by hanging 10 panels on buses that will crisscross the Agglomération de Longueuil between November 20 and December 31. The ride-home services of the 2017 Operation Red Nose campaign will be available over the course of 24 evenings: December 1 and 2, December 7, 8, and 9, and December 13 to 31. 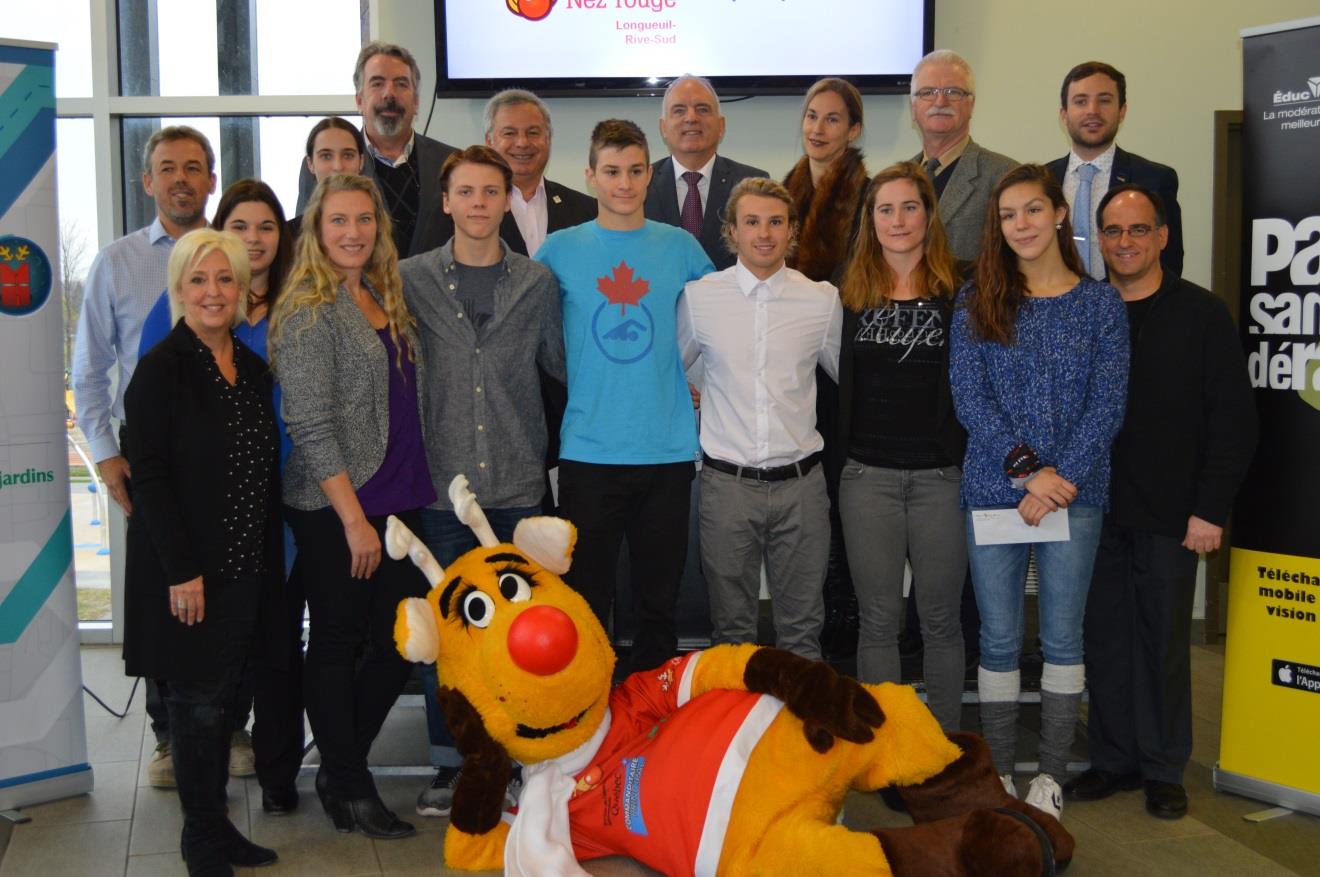 Front row, left to right: Colette Éthier, Chairman of the RTL Board of Directors, and Émilie Heymans, Honorary Campaign President. They are accompanied by six recipients of athletic scholarships.