A shuttle to transport cyclists across the Jacques-Cartier bridge

Longueuil, December 19, 2017 – The Réseau de transport de Longueuil (RTL) is pleased to announce the introduction of a winter pilot project to transport cyclists and their bikes across the Jacques-Cartier bridge on a dedicated bus during the morning and afternoon rush hours, in partnership with the Jacques Cartier and Champlain Bridges Incorporated (JCCBI).

From December 20, 2017, to April 13, 2018, the shuttle will make return trips between the Longueuil terminal and the Papineau metro station every 20 minutes, with the first bus leaving Longueuil at 6 a.m. and the last bus leaving Montréal at 6:40 p.m. For the safety of everyone on board, cyclists will have to secure their bikes with bungee-type elastic cords; they will also have to pay the going fare on the RTL network. Buses will depart from platform 41 in wing F of the Longueuil terminal and from the corner of rue Cartier and boulevard De Maisonneuve Est at the Papineau metro.

“This one-of-a-kind pilot project in Québec will help to encourage active mobility and allow us to diversify our service offer. We hope cyclists will be excited about this announcement and that they’ll take full advantage of the shuttle during the closure of the bike path on the Jacques Cartier bridge,” stated Pierre Brodeur, Vice-Chairman of the RTL Board of Directors.

“We applaud the introduction of the VéloBus, a symbol of the RTL and JCCBI’s willingness to innovate and work together to support active mobility,” added Glen P. Carlin, CEO of JCCBI. “In tandem with this initiative, our Corporation ran tests on the multipurpose path to analyze the efficiency and impacts of snow removal operations using conventional equipment and ice melters tailored to the path conditions.”

For the shuttle schedule and rules for attaching bikes on board the shuttle, visit:  www.rtl-longueuil.qc.ca/VeloBus 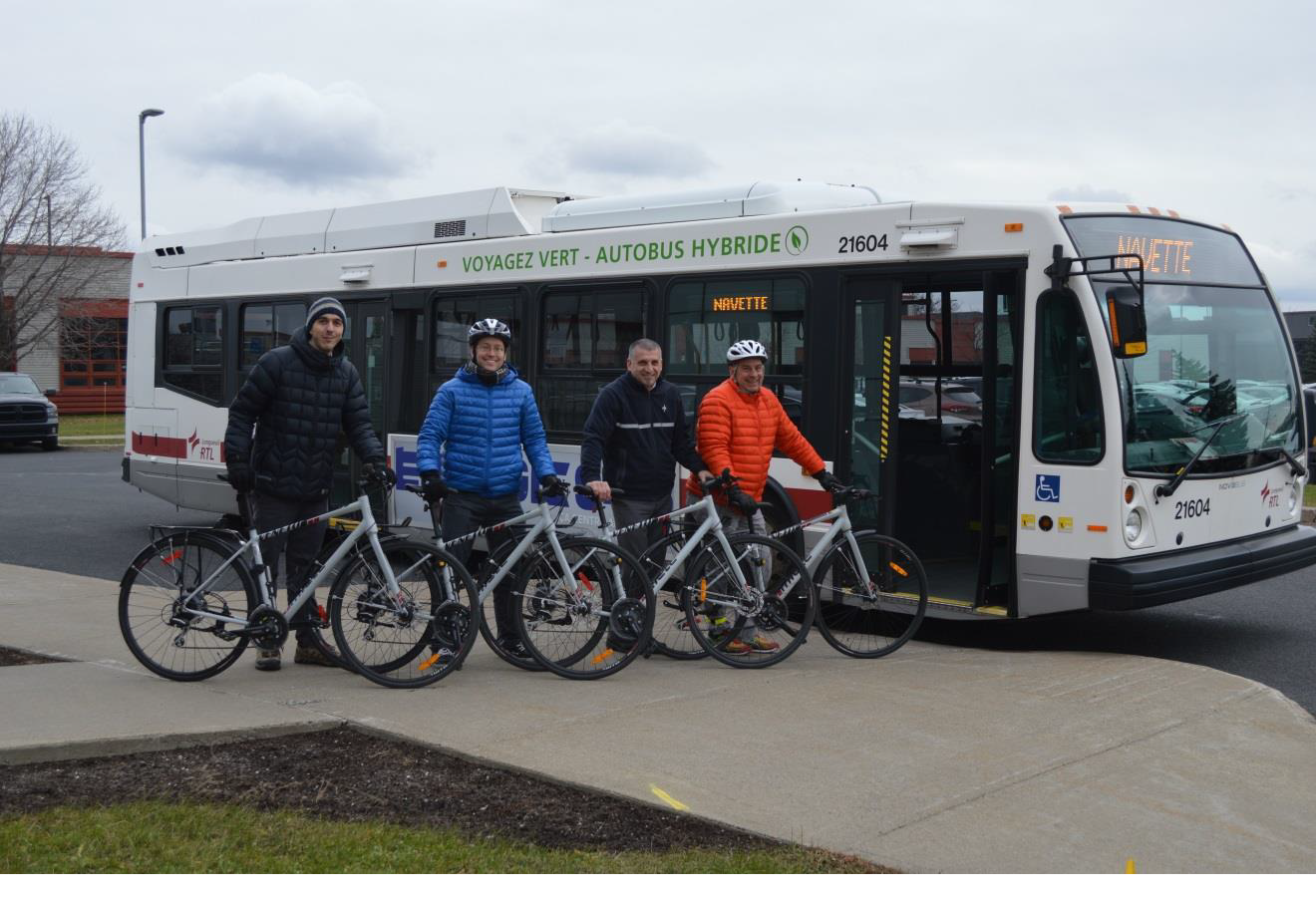