Longueuil, September 13, 2018 – The Réseau de transport de Longueuil (RTL) and Théâtre de la Ville are proud to announce the renewal of their partnership for the fourth consecutive year, news that comes on opening day of the Théâtre’s 2018-2019 season.

As part of this partnership, the RTL will sponsor two performances under the banner Les Soirées illimitées du RTL, namely Préfère novembre by Louis-José Houde, on October 17 and 18, and En cas de tempête, ce jardin sera fermé by Cœur de Pirate, on February 15.

“Once again, Théâtre de la Ville has another fantastic season lined up, so we’re very pleased that we’re able to continue our partnership with them, not to mention provide public transit services to the citizens of the Agglomération de Longueuil,” stated Pierre Brodeur, Chairman of the RTL Board of Directors.

For his part, Bernard Grandmont, Chairman of the Board of Directors of Théâtre de la Ville, stated, “We’re very happy that our long-standing partnership with the RTL has been renewed, and pleased that the company cares so deeply about supporting culture. We would also encourage spectators to use public transit for all their cultural outings.”

The Unlimited evening fare allows evening travel on the RTL network from 6 p.m. until the end of service, seven evenings a week.

For Théâtre de la Ville’s complete programming, visit their website, and for more information about the Unlimited evening fare, visit the RTL website. 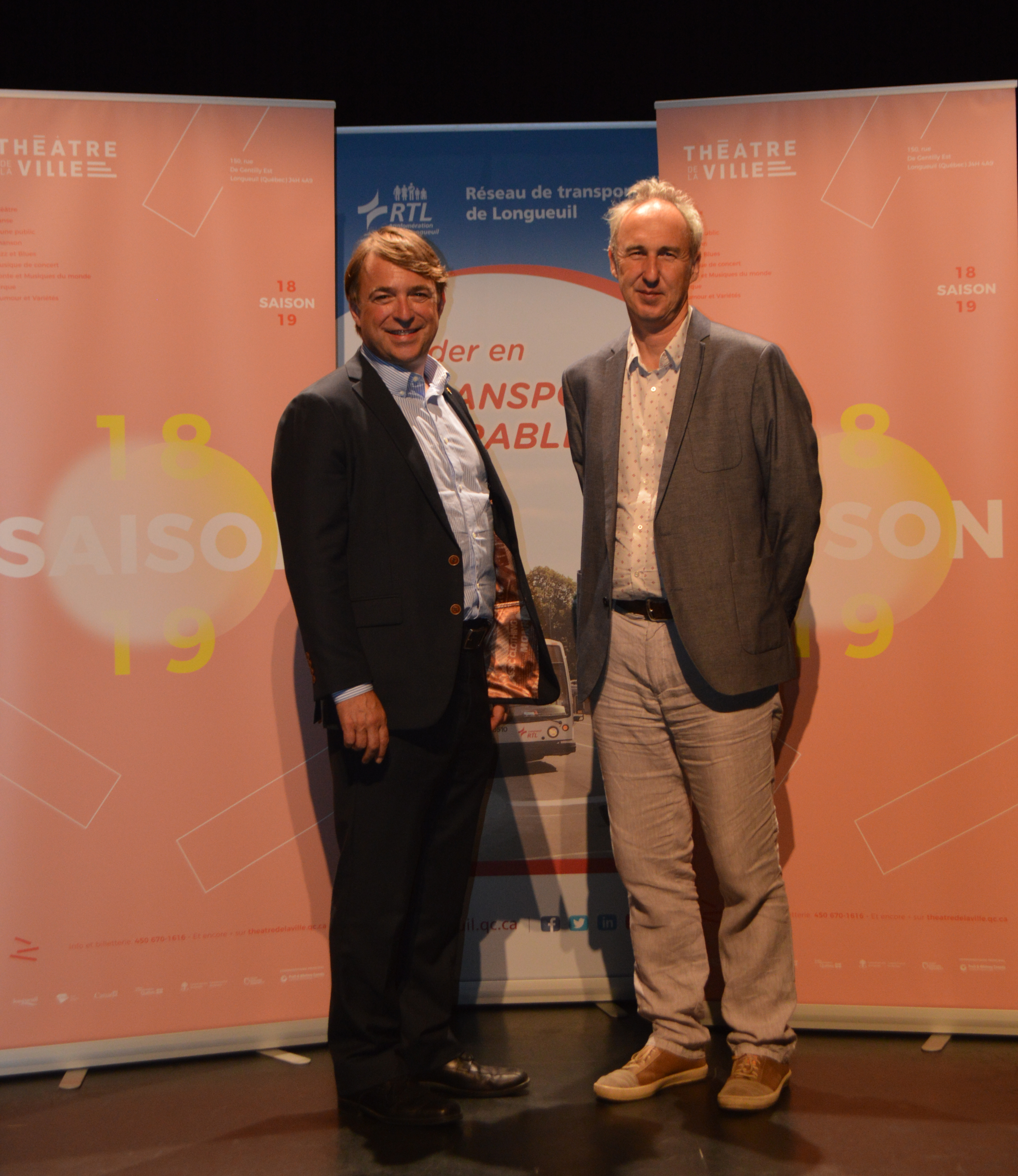