Longueuil, June 10, 2019 - The Réseau de transport de Longueuil (RTL), in collaboration with Ville de Longueuil, the Sépaq, and Tourisme Montérégie, is pleased to announce the launch of the third season of Bus des îles, which is now regular RTL line 261.

This line, which allows users to access Longueuil’s municipal beach and the Parc national des Îles-de-Boucherville from the Longueuil terminal, will run on Saturdays and Sundays, between June 22 and September 2, including the following holidays:

Daily service will also be enhanced during the construction holidays, between July 22 and August 5. Line 261 now features accessible stops and buses equipped with a ramp, making it easier for individuals with reduced mobility (wheelchair, cane or stroller) to get around.

“We urge vacationers from the Agglomération and further afield to take advantage of this affordable, easy and safe transit option to visit these great destinations,” stated Pierre Brodeur, Chairman of the RTL Board of Directors. “As an active member of our community, we’re pleased to play a role in encouraging citizens to partake in outdoor activities.”

Line 261 will depart the Longueuil terminal every 60 minutes between 9:45 a.m. and 5:45 p.m. The last departure from Île Charron will be at 6:10 p.m. Since the Bus des îles is now part of a regular RTL line, standard transit fares apply. 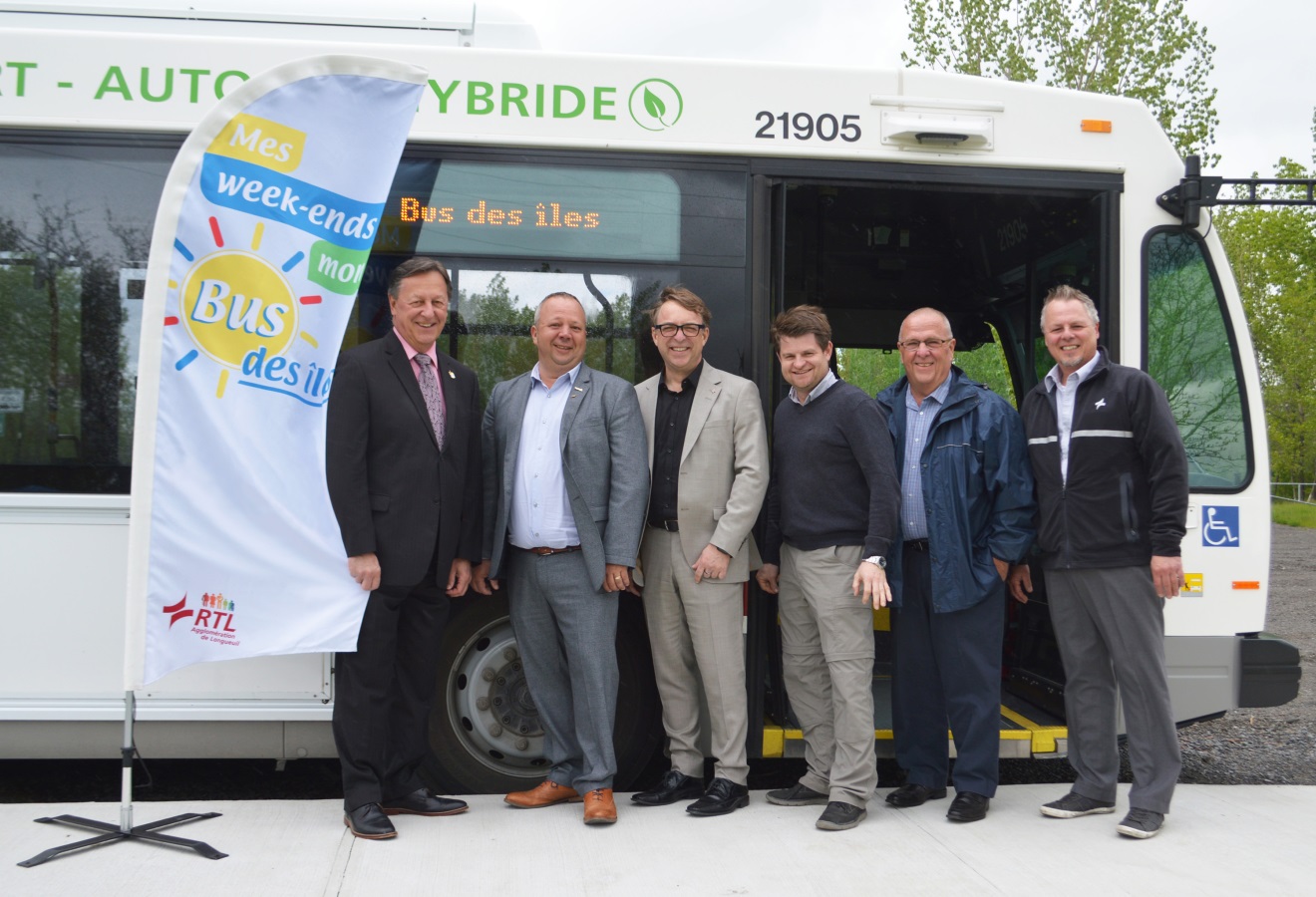