Boucherville, June 11, 2019 - In the aim of continuously improving public transit services and infrastructure, Boucherville, in collaboration with the Réseau de transport de Longueuil (RTL), is pleased to announce that the new De Montarville park-and-ride lot, located at 260 boulevard De Montarville, is now open and ready for use.

The city built this second park-and-ride lot in response to increasing demand from users in Boucherville. As a city conscious of its environmental footprint, Boucherville made sure the design for the new lot met the criteria for an environmentally friendly parking lot, as defined by the Conseil régional de l’environnement de Montréal (CRE-Montréal), and complied with water management best practices set by the Ministère de l’Environnement et de la Lutte contre les changements climatiques (MELCC).

The new eco-friendly parking lot features 231 spots, including two electric vehicle charging stations (with the option to add four more) and eight spots for motorcycles. There is also a reserved space for cyclists, equipped with bike racks and a covered bike repair station. The outdoor lighting was designed to allow for minimum secure illumination levels, while limiting light pollution. The parking lot is accessible to pedestrians and adheres to universal design principles (safe access for people with reduced mobility). A sidewalk with bollard lighting enhances security for pedestrians. The lot also features a multipurpose waiting area.

In addition to the existing wooded area, which was preserved, 1,110 new shrubs, 114 new trees, 3,180 new perennials, and 7,000 m2 of grass have been added to the landscape to combat the heat island effect. In terms of stormwater management, the levelled surface directs water into landscaped ditches (centre islands) that act as natural filters, and the permeable, honeycomb-shaped pavers allow stormwater to penetrate the soil, for a lusher, greener landscape. A 600-m³ retention pond was also built to hold water during periods of heavy precipitation. As a result of these strict management measures, the amount of stormwater discharged into the sewer system has been reduced by 80%. Underground bioretention basins have been added around the planting holes to ensure trees take root and grow to their full potential.

This project is made possible through $3,240,450 in funding from the federal and provincial governments as part of the Public Transit Infrastructure Fund. The Federation of Canadian Municipalities contributed $750,000 toward the cost of the park-and-ride lot under its Green Municipal Fund, and the city of Boucherville contributed $974,000 to further enhance the eco-responsible aspect of the park-and-ride lot, which represents approximately 20% of the total cost.

“The idea for this park-and-ride lot came from speaking to citizens who use the park-and-ride lot on the north side of Route 132, at the corner of boulevard De Montarville, during the morning rush hour,” stated Jean Martel, mayor of Boucherville. “Many people complained about the lack of parking spaces in the morning when they are headed to work. They mentioned having to get to the park-and-ride lot 30-45 minutes earlier to find a spot. Because of this, many parents who use the lot were having to drop their children off at daycare much earlier than usual. The new park-and-ride lot on the south side of Route 132 will be a vast improvement for many Boucherville citizens, not to mention that it will make public transit in our city a much more attractive prospect.”

“The De Montarville park-and-ride lot will be a major plus for Boucherville residents, who will find it much easier to access and use sustainable transit methods,” mentioned the Honourable François-Philippe Champagne, Minister of Infrastructure and Communities. “Citizens will enjoy the user-friendliness of this new eco-responsible lot, which addresses an immediate need in the community. Investing in public transit infrastructure helps to reduce traffic and pollution, which contributes to building healthy and inclusive communities.”

“Projects like the De Montarville park-and-ride lot make it easier for citizens to access public transit services,” added Chantal Rouleau, Minister for Transport and Minister Responsible for the Metropolis and the Montréal Region. “This new park-and-ride lot will allow more people to travel quickly and efficiently between Montréal and the South Shore. It’s projects like this one that will allow us to reduce congestion on our roads and improve the flow of traffic in the metropolitan region.”

“We would like to thank Boucherville for its role in creating this park-and-ride lot, which is unlike any other in the Agglomération,” added Pierre Brodeur, Chairman of the RTL Board of Directors. “Its environmentally friendly design will very likely make it a model for the rest of the metropolitan region. The RTL is very proud that the new lot is now up and running, given the work scheduled to start on the Louis-Hippolyte-La Fontaine Bridge-Tunnel. This is excellent news for our users.”

“Our municipal governments are on the front lines when it comes to fighting climate change,” said Bill Karsten, President of the Federation of Canadian Municipalities. “And the battle starts with taking concrete action on the ground. Cities like Boucherville are implementing green solutions that can be reproduced and expanded on a large scale to all parts of the country for maximum effect. And today’s announcement is proof of how the different levels of government are working together to improve the lives of Canadians.” 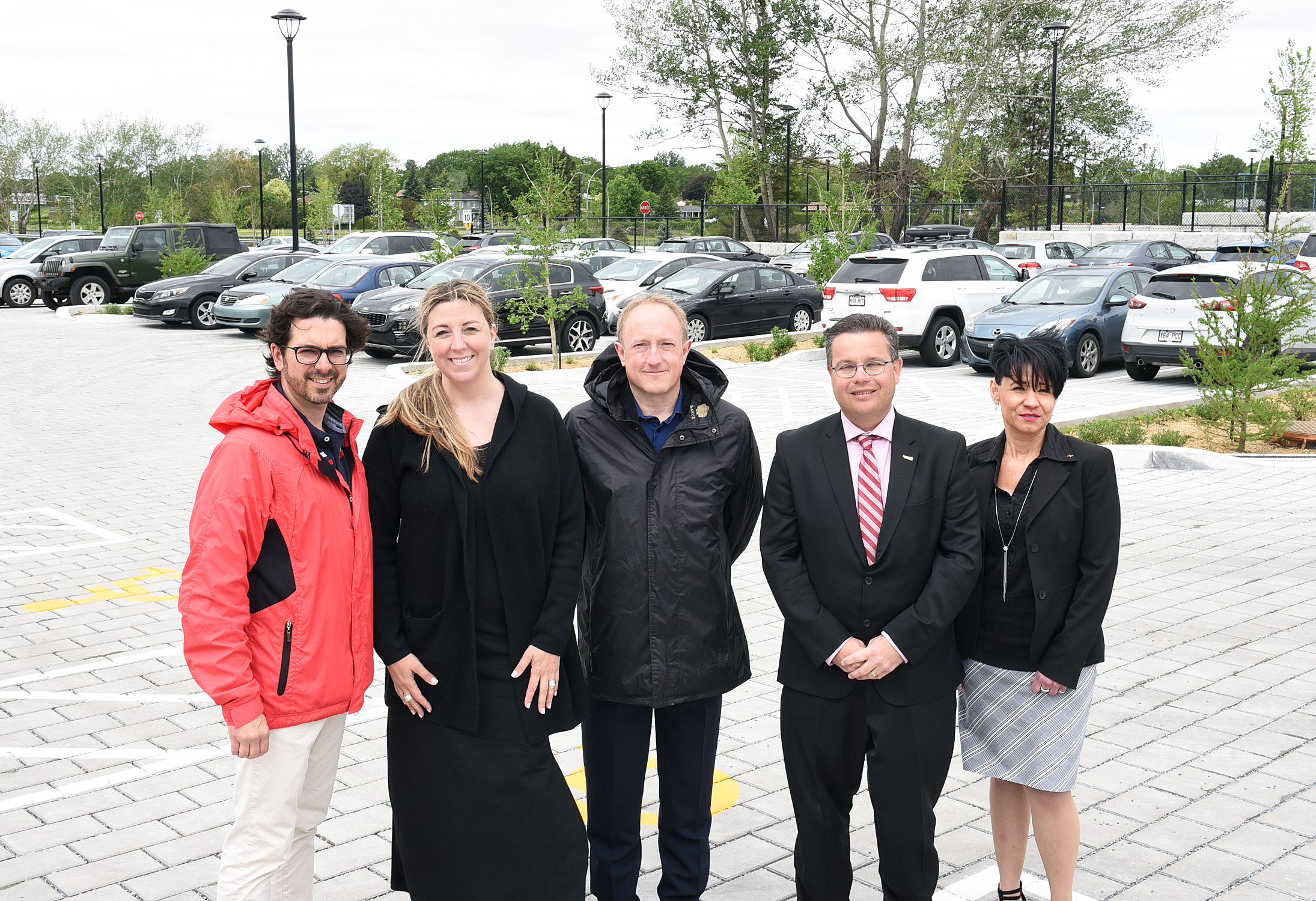