JONATHAN TABARAH APPOINTED CHAIRMAN OF THE RTL BOARD OF DIRECTORS

Pierre Brodeur, mayor of Saint-Lambert, was appointed Chairman of the RTL Board of Directors on February 1, 2018 and represented the RTL proudly during his term.

“We thank him for his exemplary service and applaud his dedication and hard work. He very clearly took the development of public transit to heart and succeeded in raising the company’s profile considerably,” stated Michel Veilleux, Executive Director of the RTL. “We are very pleased to continue working with him as a member of the RTL Board of Directors. We would also like to wish our new Chairman the best of luck.”

“The past 22 months at the RTL have been exhilarating, especially with the launch of the Agglomération’s Vision 2025,” stated Pierre Brodeur, now Vice-Chairman of the RTL Board of Directors. “I was also fortunate to have been backed by a dedicated, qualified staff who always had the answers to my questions. My job was made easier by the support I received from the executives and other directors, for which I thank them. The RTL is an outstanding organization, all because of the teamwork that goes on here.” 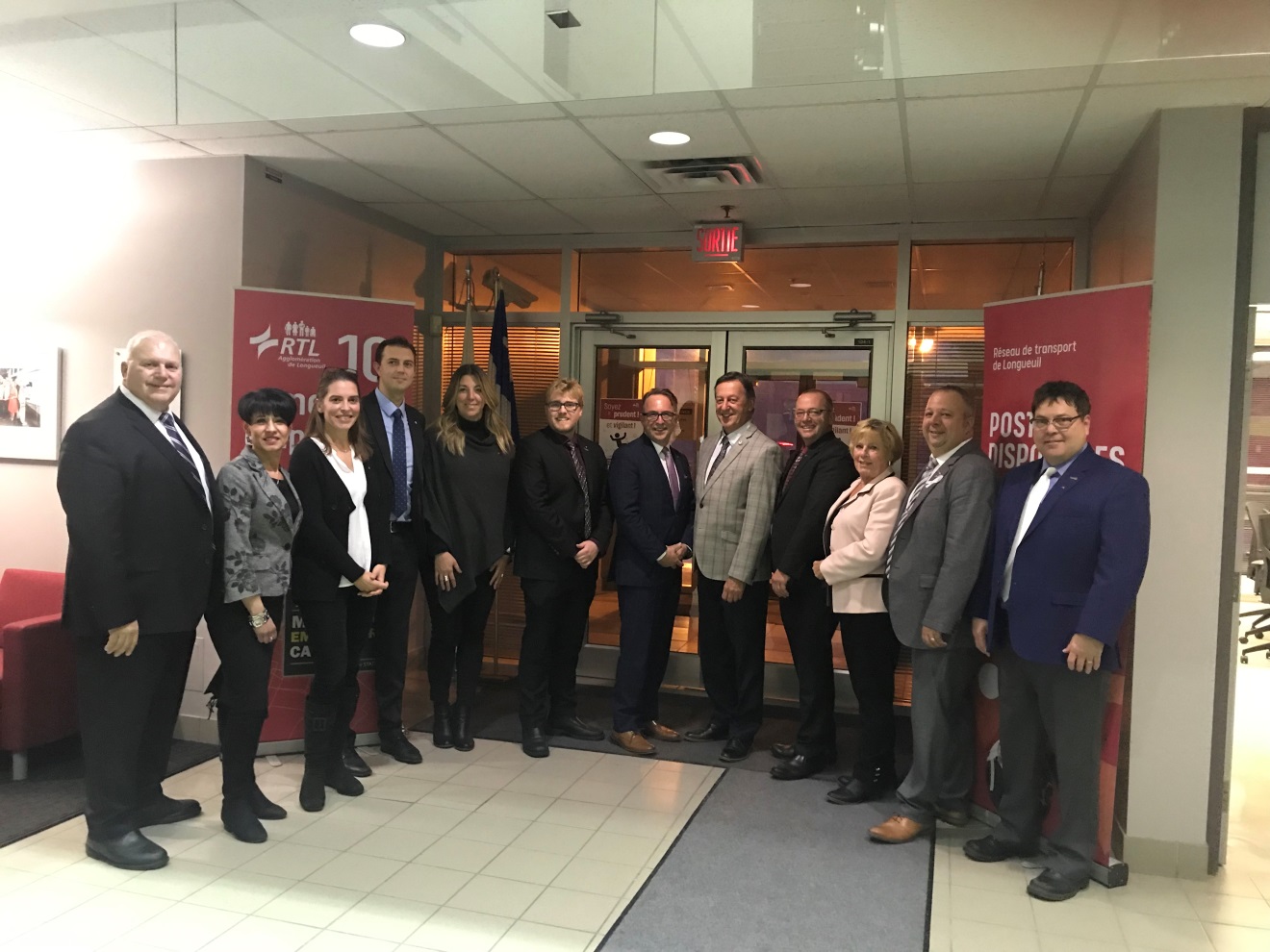 The members of the RTL Board of Directors
(Absent from the photo: Robert Myles)