Longueuil, October 1, 2019 — The Réseau de transport de Longueuil (RTL) wishes to inform users of lines 20, 25, 76, 81, and 125 that a new bus shelter has been installed on boulevard Marie Victorin, at the intersection of rue Geoffrion, in the direction of the Longueuil terminal.

The new large-capacity bus shelter, the first of its kind in the Agglomération de Longueuil, replaces the one in front of Pratt & Whitney on Marie-Victorin. The new features of this bus shelter, one of the busiest in the network, will improve the experience for users waiting for the bus.

“The Québec government is a proud financial partner of this project, which will enhance public transit services in Longueuil. Users will appreciate the more modern and accessible bus shelter, which will make public transit a more pleasant experience,” explained Chantal Rouleau, Minister for Transport and Minister Responsible for the Metropolis and the Montréal Region.

“The bus shelter is equipped with appropriate lighting and is laid out to accommodate people with reduced mobility. The sidewalks are lower at the intersections, with integrated tactile paving surfaces for the visually impaired, and audible traffic signals with numeric countdown timers have been installed at the crosswalks. We would like to thank Ville de Longueuil and the governments of Québec and Canada for their support for this project,” stated Pierre Brodeur, Chairman of the RTL Board of Directors.

This project is made possible through an investment by the federal and provincial governments as part of the Public Transit Infrastructure Fund. For users arriving from the other direction (the Longueuil terminal), the bus shelter on Marie-Victorin near Pratt & Whitney will remain in service.

To find out the real-time arrival times for the lines serving the new bus shelter, consult the Chrono app, downloadable for free on Google Play or the App Store. The app also lets you track your bus in real-time on the map and subscribe to notifications for your bus lines. Visit our website for more information. 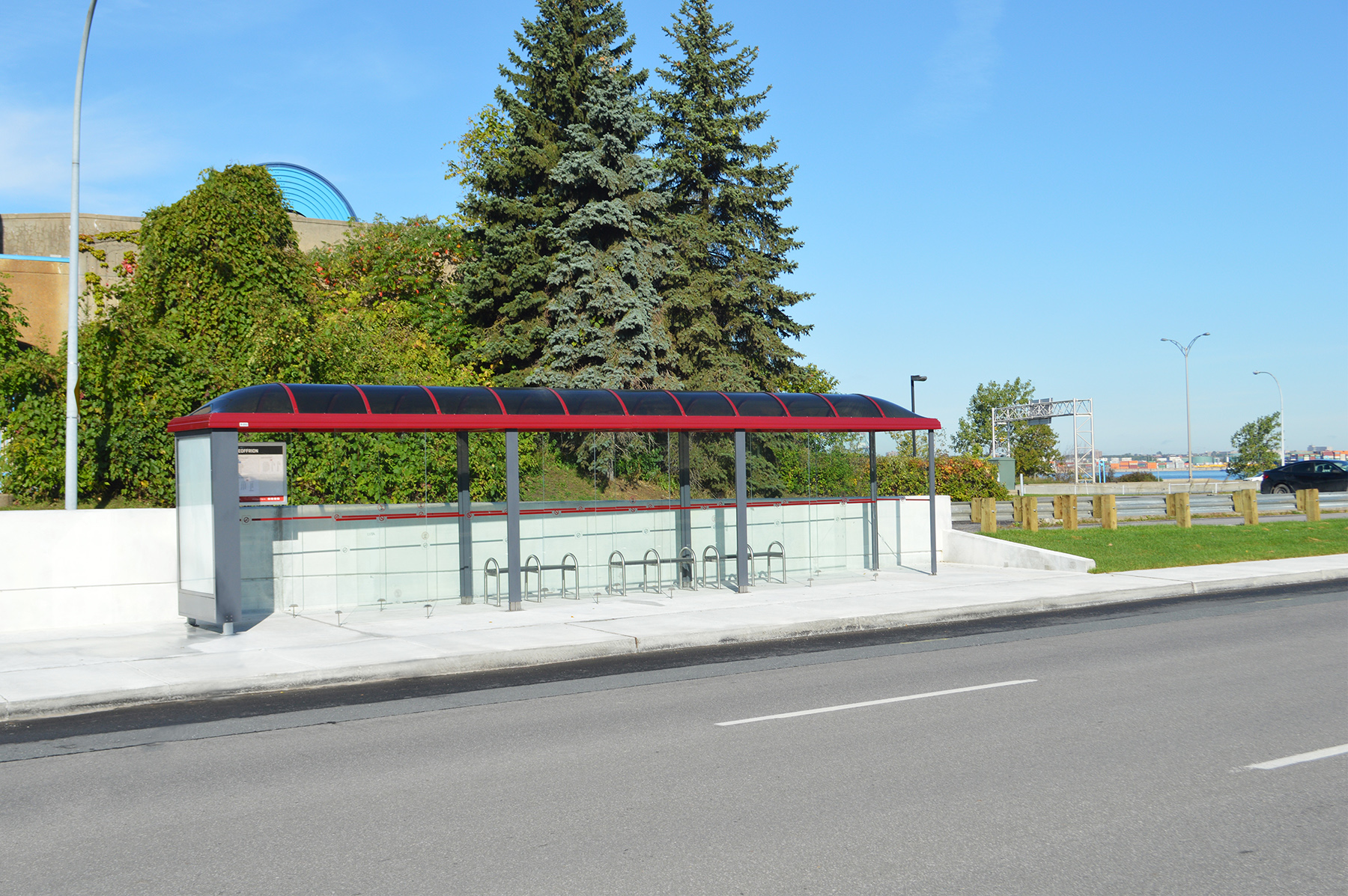